My maternal grandmother’s older sister died of cancer that had spread from her breasts to her brain in 2000. The cancer escalated in spite of the removal of both of her breasts and intense chemo therapy, a battle that lasted for as long as I knew to name the difference between the sun and the moon.

Her torment had me fully aware of cancer especially that of the breast since then, so participating in the Breast Cancer March this past weekend was a no-brainer.

Barali Business Associates (BBA) and the Lesotho Breast Cancer Network (LBCN) introduced the pink march in October 2010 as a breast cancer awareness initiative, the 2013 leg being their best attended yet, proof that their efforts are not falling on deaf ears.

It was great to see various kinds of people; African, European, Asian, young and old, men, athletes and even pregnant women, all engaged and showing great enthusiasm in the race at 6h00 on a Saturday. It takes dedication to be up that early on a weekend.

It rained the night before (after a long trial of hot dryness that plagued the country very close to the point of panic) making the air fresh, humid and soothing.

The landscape was florid and beaming with life, the grass becoming more blatantly green in contrast to the brown that dominated for so long it almost seemed like the normal order of nature.

People ran and walked in groups of twos and threes, painting the streets of Maseru pink as they cheered each other on and conversed on healthy lifestyles and what the race meant to them.

Upon completion, participants were welcomed back at Pioneer Mall and awarded medals which they wore around their necks in unison.

Smiles filled the Pioneer parking lot as participants treated themselves to the healthy snacks available which consisted of sandwiches, fruits, energy bars, juice and water.

It was easy to notice that everyone present had a personal motivation for taking a part and they were happy to have made it.

Kholu Lieta said on behalf of the Lehakoe Fitness Club, that it made perfect sense to sponsor the race because a healthy lifestyle is a basic requirement for both cancer patients and none-patients as it boosts the immune system and benefits everyone’s general well-being.

LBCN’s mandate it to break the silence, it promote advocacy and awareness of Breast Cancer as far as Mokhotlong, schools, churches, the streets everywhere and anywhere they can reach.

‘Malord Mefane said so far the Network operates through a volunteer-ship as they have limited supportive infrastructure.

They do however work in collaboration with Queen ‘Mamohato Memorial Hospital (Tšepong) where individuals can go for mammograms, pap-smears and consultations.

Mefane said that the LBCN has had several events besides the pink race to honour international breast cancer month including the Pink Banquet, bike spinning marathon as well as a breast cancer testing tent at Pioneer mall until October 31.

She added that of the 300 examinations done so far, at least 60 per cent of the people heard about it on the radio which pleases LBCN because it means their PR efforts are not in vain.

Spokesperson for BBA kept her comments short, saying: “guys examine those breasts for your women, show your support” which was received with an uproar of laughter.

She went on to demonstrate how a self-breast cancer examination is conducted, with all the partakers discarding their inhibitions and imitating her in between giggles and jokes.

To add more fun to the event, a raffle was held in which 20 lucky participants stood the chance to win thorough breast cancer examinations at Tšepong at no cost.

Among the sponsors of the event was Apex who provided free blood pressure, BMI, sugar and HIV/AIDS examinations to mention a few. Dr Nyathi one of the directors of Apex, said their mission is to promote healthy living among Basotho.

It is not often that one goes to an activist event and sees such positivity resonate from all present. It is my hope that next year and in years to follow, people (especially women) will take a deeper interest in events of such nature.

Not only is it refreshing to go for a run or a walk in the waking hours of the morning when the earth is just readying itself for the sun’s grace, it is even more fulfilling to do it for a worthy cause.

Breast cancer is the second most prevalent cancer among Basotho women, we need to make lots of noise about it so that our sisters know what symptoms to look out for in order to get early treatment and avoid fatalities.

When October ends, let us not carry on as though our work is done. One does not have to be a direct victim to be affected, good health is everyone’s concern. 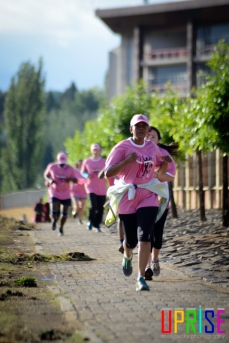 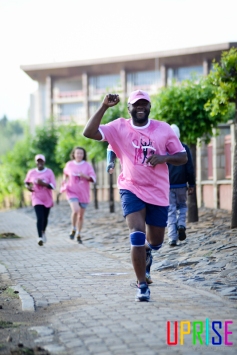 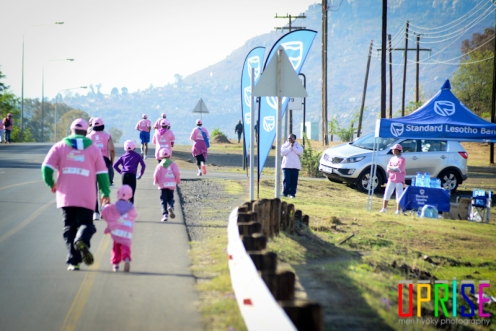 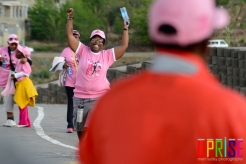 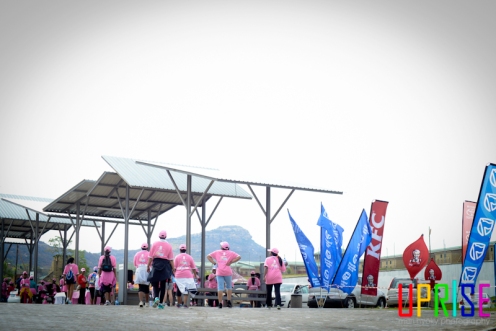 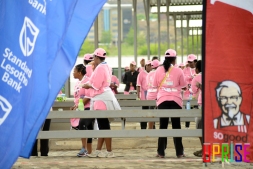 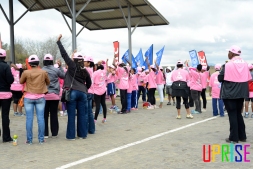