Friday October 25 marked a ground-breaking development for the Morija Arts Centre when the Germond Art Library was added to its assemblage in an official launch held in the Morija Printing Works canteen.

The Art Centre through Linotšing Studios and Maeder House Gallery, has grown steadily since 2011 when it was opened, making great strides to conscientise the public about art.

One follows inspiration in order to understand. When Patrick Rorke was entrusted to run the Morija Arts Centre on behalf of Morija Museum and Archives (MMA), everything gelled perfectly.

It would take an exceptional character to bring such a powerful vision to life.

In addition to being a seasoned artist, Patrick fills in this unique position as a direct descendent of Paul Germond one of the second group of missionaries to work in Lesotho after Casalis et al.

The Germonds invested a lot of energy towards the building of infrastructure in Lesotho and connecting with Basotho.

Like his great ancestors Patrick wishes to contribute his knowledge and skills to the people of Morija and Lesotho in general.

When the Bezençon family (also descended from a line of missionaries to Lesotho) and their fellow churchmen and women in Switzerland caught wind of Patrick’s work at the Morija Art Centre, they reached out to contribute.

What better gesture than to donate books and financial resources in order to transform a once dilapidated storeroom into a much more inviting space for learning and curio, namely, a library.

Reading plays a critical role in learning everything, Fine Art is no exception.

In his speech at the launch of the Germond Art Library, Patrick mentioned; when I got to Lesotho, I noticed that the most popular arts for Basotho are song and dance. Lesotho lacks in fine arts.

He added: “Whenever I would take an art book to class (at Morija English Medium), 20+ children would swarm around it in a matter of seconds, devouring with eager curiosity the information contained therein – that is what inspired me to open a library”.

Lerato Bereng, Curator of Stevenson Gallery in Johannesburg and Friend of MMA, also donated a generous number of books to the library.

Patrick said that Ms Bereng inspired the slogan he coined for the library, which is: “selibeng sa ho qapa”. He quoted her saying “one of the outstanding qualities of the art centre is that rea qapa (we create)”.

The library will also be equipped with a computer that will aid access to videos, tutorials and interactions with other fine arts enthusiasts across the world.

Patrick said he is weary of the perception projected about Lesotho/Basotho that sums an entire culture through a paltry number of images; that of a hut, blanket, horse, mountain and hat.

It is important that more creativity and a broader perspective be applied in terms of what this nation has to offer.

Having a library opened that is dedicated to art is a modest yet huge step for the sake of future artists and those working on establishing themselves.

On behalf of the MMA Board, Mr Mashologu said the Morija Art Centre is one of the most important projects of the Museum.

He added that artists need training so that they give us new meanings and interpretations of the past, present and future.

“We need to groom artists so they can make a living with their talents; they are the custodians and ambassadors of our culture. Therefore, we are grateful for this library as it will function as a tool toward that goal.”

In between speeches by chief Matete, Patrick, Guy Bezençon who represented the large delegation from the Evangelical Reformed Church in Switzerland, Mr Mothusi Mashologu vice chairman of the MMA board and Honourable MP for Matsieng Matšepo Ramakoae, the Ha Matela Youth Centre graced the gathering with Liphotha, Litolobonya and Mokhibo and the LEC Youth Choir entertained with choral music.

The event was sealed with a tour of the Library followed by delightful Indian treats courtesy of Mrs Aasha Rorke. The youth who already frequent the art centre are obviously going to make great use of the facilities and these developments will certainly capture the curiosity of artists elsewhere in Lesotho. 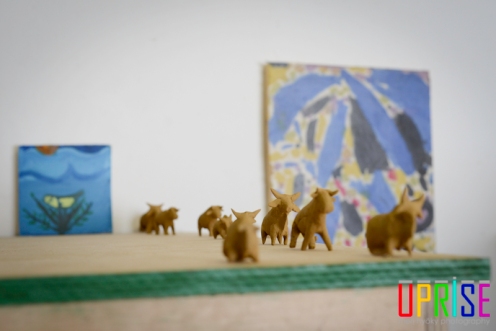 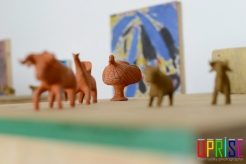 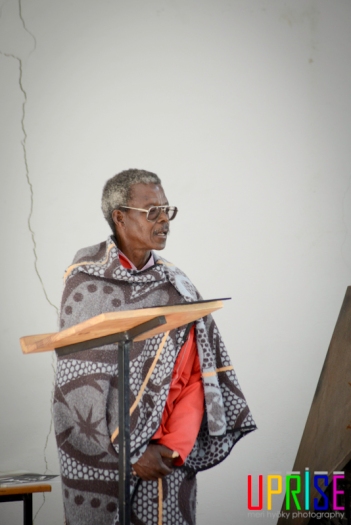 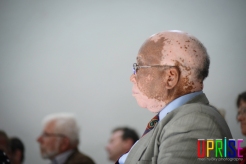 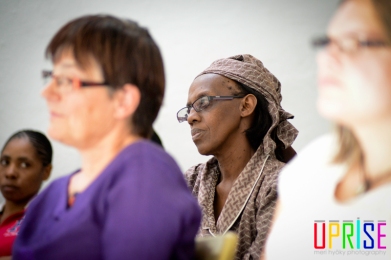