Film maker Iara Lee will be in Lesotho to screen two of her films Cultures of Resistance and Burkinabè Rising from May 10-12.

Screenings will take place at Cafe what?, Alliance Française de Maseru and The Hub.

FREE ENTRY TO ALL SCREENINGS!

Learn more about the films:

BURKINABÉ RISING: The art of resistance in Burkina Faso (2017)

A small landlocked country in West Africa, Burkina Faso is home to a vibrant community of artists, musicians, & engaged citizens who carry on the revolutionary spirit of Thomas Sankara, killed in a coup d’état led by his best friend and advisor Blaise Compaoré, who then ruled the country as an autocrat for 27 years, until a massive popular insurrection led to his removal. Today, the spirit of resistance and political change is mightier than ever and it permeates every aspect of the Burkinabé life. It is an inspiration, not only to Africa, but to the rest of the world.

Does each gesture really make a difference? Can music and dance be a weapon of peace? Director Iara Lee embarked on a three-year, five-continent trek to find out. From African countries’ sounds of resistance, moving on to Brazil where gun-guitars transform the reality of slum kids and ending in Palestinian refugee camps in Lebanon, where photography, music and film have given a voice to the people, Cultures of Resistance explores how art and engagement can be the ammunition in the war for peace and justice. 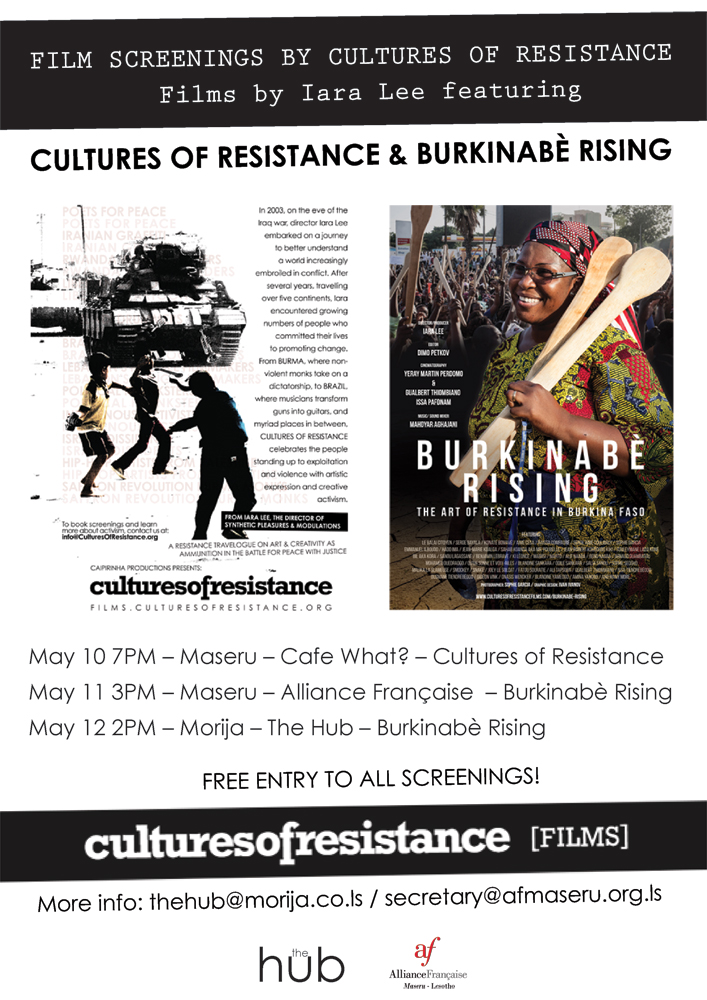