From July 5-9, 2017 members of The Hub had an amazing week learning film making skills from Pheello Pj Makosholo. Pj has experience working on films and series such as Jerusalema, District 9, The Forgotten Kingdom, Intersexions, YaLla, Heist, Keeping Score and more. He brought along a guest facilitator, Nozipho Nkelemba, one of the stars of The Forgotten Kingdom. It was a great week learning the basics of filmmaking. Some of the topics we discussed included directing a film, managing sound in a film, shooting and editing.

Here is what our members and volunteers had to say about their experience of the film making workshop:

“I learned about how a director works with his crew, and about the difference between films and series. I also learned the basics of composition, camera and sound equipment. I have learned about the use of light: dealing with bright sunlight or using light in dark locations. I learned about how the actor should relate to the camera, and also about characterising an actor. Lastly, how to prepare for auditions as an actor, what actors and actresses should know and also understanding the roles of the crew.” – Khotso Monyamane

“It was very useful to me. I’ve learned how to make a short film to tell a story, which was interesting. I also learned how different shot sizes, like close-ups and long shots, can help audiences relate or understand the story clearly. It was the first time I had such a long workshop with a professional film-maker. I learned how to organise, plan, shoot and edit a short film or video in a way that makes sense. Film also has its own language. This workshop taught me that making a film doesn’t have to be difficult, and it helps if I know where I want to start.” – Thabo Mohloboli

“Thank you to The Hub for this workshop. I have always been fascinated by filmmaking, especially directing, but now after learning and exploring the amazing world of lighting…the fascinating aspects of acting… and that adrenaline rush you get from shooting and editing, I am now in awe of filmmaking! Our facilitators Pj and Nozipho were really amazing.” – Moleboheng Rampou

“I have learned that acting is not just being in front of the camera without understanding what is happening behind the camera. I also learned that time is the most important thing in acting and on the set. PJ taught me to forgive and not be hard on myself after making a mistake as long as I will be learning from that mistake. He also taught me that being selfish and wanting to work alone will not get us anywhere in life because we need each other. He also helped us learn how to use natural light when filming.” – Selebalo Molefe

“As people we do not have to be afraid of making mistakes, we just have to learn from them. I learned this during the shoot of our videos when we made mistakes, but in the end we learned from them. I also learned how things are done on soapies, TV series and Telenovelas, in terms of shooting how the camera man should place the camera in shooting. For instance, if there is a conversation between two people or more the audience should see and not have questions about the conversation. I also learned that when one is about to act a certain character he should do away with his own being and allow the character he is to play to live in him so that his acting can be true.” – Thato Molupe

“I have learned the importance of sound in the films and how good sound can make a film and how bad it can also make the film if not monitored well. I have also learned that in acting the actor should be the first one to believe in her role and the audience will follow. During the shoot the actor should maintain the role so  that the editor’s work can be easy when shots are the same.” – Mats’eliso Moruthane

“I learned the basic skills of filmmaking. In the camera section I learned about the tilt, lense, the cap, and many more. In acting I learned about trust. One should trust his or her actor to make a great work. And that will be seen in their conversations. When one replies, we’ll be waiting with trust for their partner to reply back. Nozipho also taught me to stop being shy if I want to act again in future.” – Tsebo Makakole

“I have learned that an actor and a film director are a team. They have to work together to make great work. That’s why it’s important for an actor to know the work of the director and the director to know the work of an actor. I now know how to creates images and scenes, and tell stories about my pictures. For example, if I want to show the expression on my actor I should take a close up shot. I also learned how to use light in telling a story. If I am telling a story of sorrow, my light shouldn’t be too bright so that my audience can relate.” – Ts’episo Mahooe

Huge thank you to the facilitators Pj and Nozipho for spending their week with us in Morija!

Photos from the workshop: 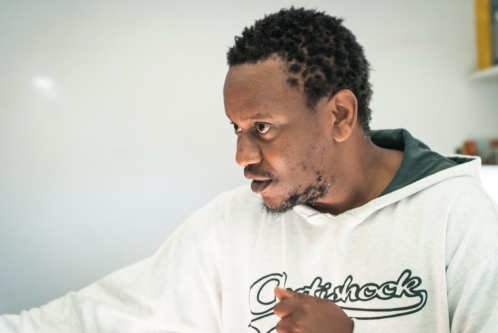 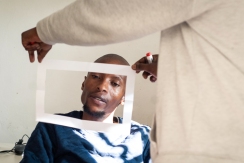 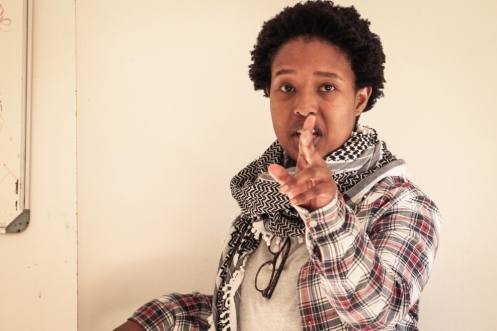 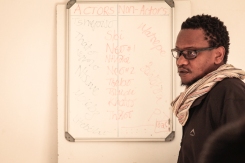 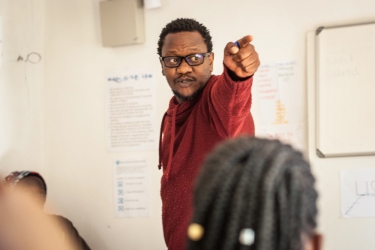 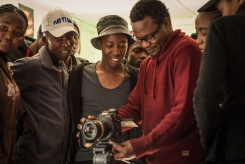 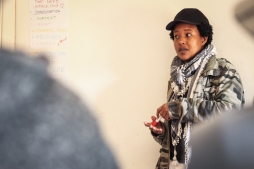 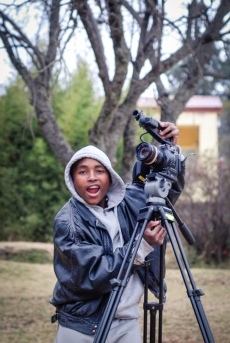 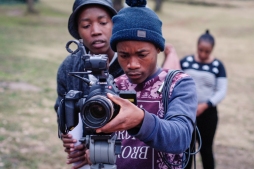 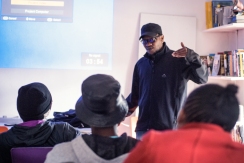 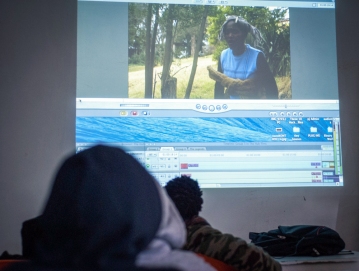