In 2013, Maseru-born curator Lerato Bereng held an interactive event at the Morija Arts and Cultural Festival titled Conversations at Morija. The event, which was free of charge and open to the public, engaged with a number of members of Lesotho’s diaspora in a series of live Skype conversations.

Through the event, Bereng – who has a strong interest in promoting accessibility within the visual arts – hoped to encourage other members of the diaspora, as well as creative practitioners living in Lesotho, to initiate more creative projects and platforms in the country.

Building on the themes and concerns of the first event, a follow-up event – Conversations at Morija # 2 – was held at Maeder House Gallery in Morija on Saturday 26th September 2015. This time around, the event featured live interactions between visiting artists from South Africa, and Lesotho-based artists and members of the public.

The event emerged as a collaborative effort between Bereng, Morija Museum and Archives and the Morija Arts Centre, with equipment and logistical assistance provided by The Hub, a new creative technology lab based at Morija Museum & Archives.

The day kicked off with screenings of animations done by Lesotho-based artists Mampolai Thahe, Relebohile Monkhe and Patrick Rorke. This was followed by presentations of work by curators and artists from South Africa working in a wide range of mediums. Kabelo Malatsie, a self-titled “organiser of things” spoke of artistic projects that she has organised with little or no money in unusual and unexpected spaces – an encouragement to artists with limited resources. Ruth Sacks, an artist and writer who works with text, installation pieces and performances, presented some of her most recent work. Photographer George Mahashe spoke of the processes of discovery, exploration and storytelling in his work. Simon Gush presented an excerpt of “Red”, a project which examines a strike at a Mercedes Benz plant in 1990 and the narratives surrounding the event.

The talks, screenings and presentations initiated lively engagement, discussions and debates. It is hoped that this will provide inspiration and ideas for future storytelling projects in Morija, and for more creative interventions in the country as a whole. A third event, Conversations at Morija # 3, is already planned for next year! 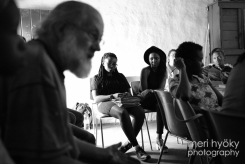 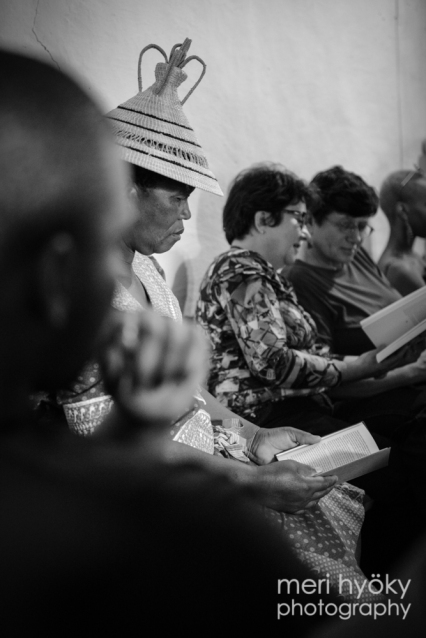