GIFTED with a witty lyrical delivery coupled with a unique melody, InI’s bursting on the local music scene has been a breath of fresh air for Hip Hop lovers. Imagine and Inspire, or simply InI, is a grouping consisting of producers, rappers and vocalists. The outfit was formed a couple of years ago but later on disbanded.

However, after reuniting in April this year, the group immediately entered the studio and emerged with outstanding singles, ensuring their comeback was felt from Roma to Kingsway Streets where they have performed.

InI’s versatility is palpable. They seamlessly weave between the old school boom-bap and the now popular “Venack”. Although they are mainstream, it is their lyrical content, witty punchlines and unique beats that distinguish them from others in the industry. This week, the Weekender caught up with the group to get a feel of what makes them tick.

Rapper, Bible Verse, who spoke on behalf of the outfit, said InI was formed in Roma but disbanded as members forayed into various endeavours since music was not financially rewarding. The group only reunited in April thanks to the efforts of producer, Fredi Fonz.

“We were pursuing solo projects during this break with everyone adapting to his or her own craft,” said Bible Verse. “And when we came back together we combined those styles to give our sound a different direction from the rest.” According to Bible Verse, InI members work as a team. “After a producer throws a beat, we engage in a cipher session from which we draw the concept of the song and which artist bests fit on it,” he said.

Vocalist and rapper, Black, pitched in saying: “Music is not taken as seriously in this country as our neighbouring country where a lot of money is made from music. “We will not stop until this becomes a thriving industry.”

Black said InI intends to reach audiences outside of Lesotho’s borders and collaborate with artists from around Africa and beyond. “We believe our sound needs to go global,” she said. “InI also intends to inspire and groom youngsters into this craft.”

InI is currently working on its debut mixtape to be released in September, preluded by its listening prelaunch session to be in Roma next month.

Ini performing at Unsung Heroes in May: 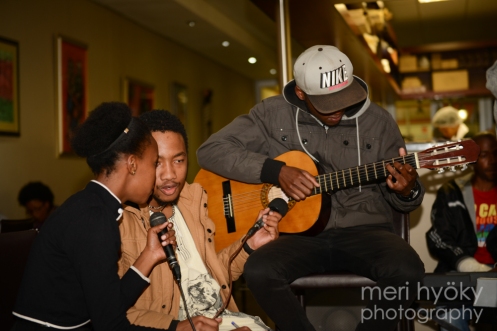 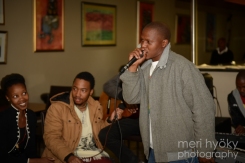 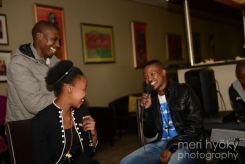