On Saturday 17th October, The Hub hosted a screening of the documentary film Shake the Dust in the amphitheatre of the Morija Museum and Archives.

Executive produced by Nasir “Nas” Jones and directed by photographer and filmmaker Adam Sjöberg, Shake the Dust tells the story of how hip hop and breakdancing have given a sense of community and purpose to young people from disadvantaged communities around the world.

The evening screening of the film was preceded by an afternoon of live graffiti, music and dance performances by local artists. Between performances, the crowd was entertained by Lebohang Ntsane of The Forgotten Kingdom, Moleboheng Rampou, and Sbi Molefe, who volunteers at The Hub.

Two members of The Hub – Neo Sekhesa and Ntjapeli Borotho – were there to report on the event.

“The event showcased the talent of different types of artists in Morija. We had displays of handmade crafts by Morija locals which were up for sale. Artists performed on stage for the crowd, which included high school students. The highlight for me was the artist who was painting a piece of art on stage as the singers and dancers performed, and we could watch as the painting would come together. What was special about the event was the quality of the local performances. One would even say they were on par with the performances of well-known artists who had been recruited for the show. What I learned from the event is that there is a lot of talent in Morija that needs to be nurtured so that we have our very own artists that are known on a national or maybe even international level.”

“It was a chilled Saturday afternoon at the Morija Museum premises with an open stage build-up to watching Shake The Dust the movie, with some good music, poems, dances, and hip hop crews rocking the microphone on the stage.

Throughout the show, the crowd enjoyed great entertainment from hip hop crews and individual MCs such as Morija’s famous Sargent Slem, Thug-twins, Steja, Gasto, and seven-year-old SED TZO, who got everyone going when he took to the stage. It was an experience to have All-Star’s best and famous rappers MIP, Kopano and T-Mech present at the event. It was a fun-filled and special moment when Monaheng and Nt’sebo held the hearts of the crowd in their hands, controlling their beat with the nice rhythm of their voices spitting out well-put and organised poems.

Biggy from Urban Slayers dance crew, who got the number four spot in the annually held competition Vodacom Superstars, commented: “On behalf of the Urban Slayers, I see us as the winners of the next competition. No matter how rocky things may get, we will make it there, just like our rivals Converse Heroes did.”

The last dance performance from Converse Heroes, winners of Vodacom Superstars 2015, really warmed up the crowd before the screening of Shake The Dust.

The movie showed lot of things: how the youth can get their minds on something positive, especially those who use drugs, those who steal, those who have lost a sense of positivity. The guys in the movie motivated me a lot, because hip hop is their life, something that keeps them together, something that always keep them busy and keeps them positive when negativity sets deep. They don’t start to stop, but to discover all the mysteries of hip hop, to create something of their own.

It was a good thing to screen this movie for the Morija community because personally I would say that there are many ways that hip hop can change someone’s lifestyle, judging from what I learned while watching the movie. Break dancing, beat boxing and free styling in the movie show that hip hop can remove youngsters from the streets, from crime and keep people together. In Morija it is mostly sport that keeps young people busy. But what do you do if you are not into sports? Smoke weed or get mixed up with the wrong crowd. But with hip hop, you can dance, beat box or even freestyle. You can be the best in whatever interests you about hip hop.

The Hub has been an innovation, and now it innovates the lives of Morija and its neighbouring villages, youth and the community in general.”

The Hub would like to extend a special thank you to Bond/360 for donating the screening to The Hub, and Ėpictures for filming the event. We also want to thank the Morija Museum & Archives, Standard Lesotho Bank, and Vodacom Lesotho Foundation for all their support. We couldn’t do any of this without them!

Scenes from the day: 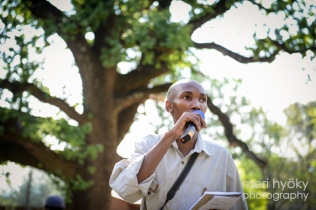 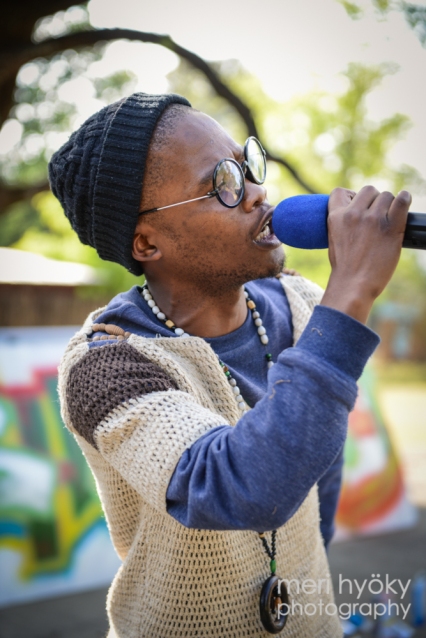 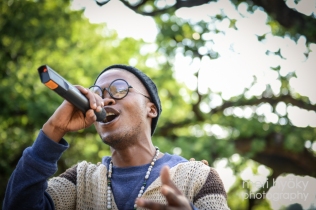 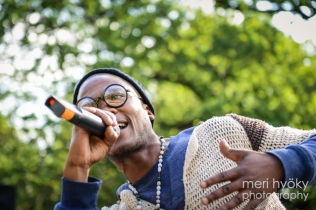 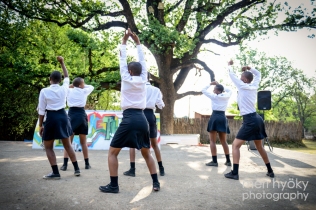 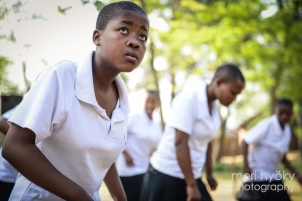 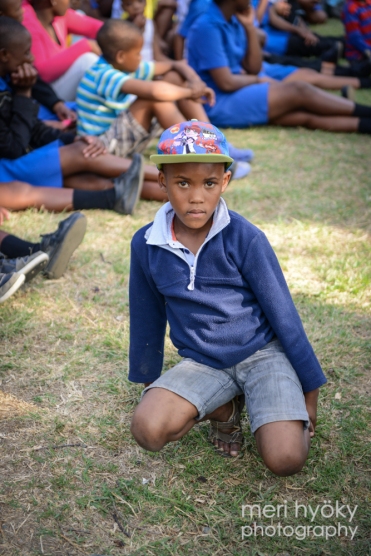 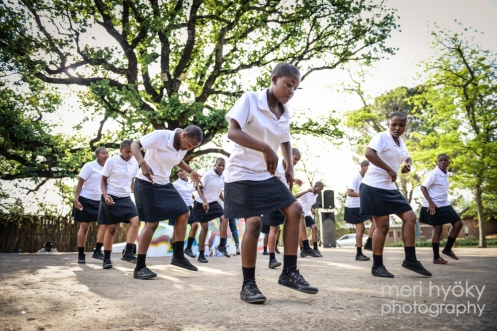 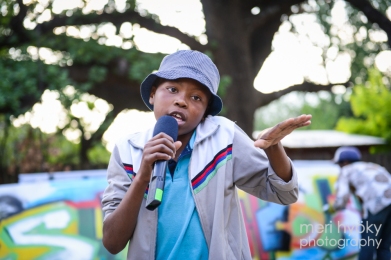 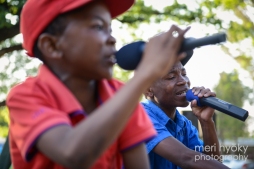 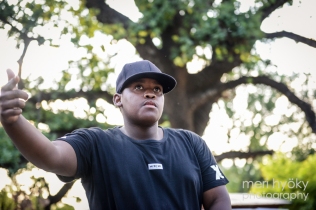 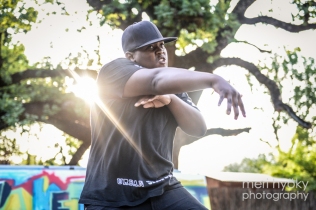 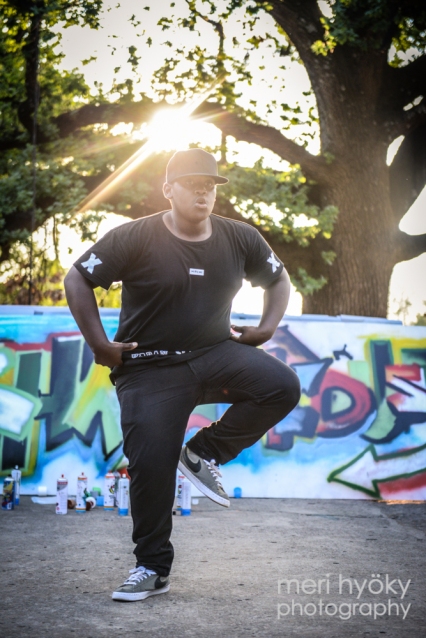 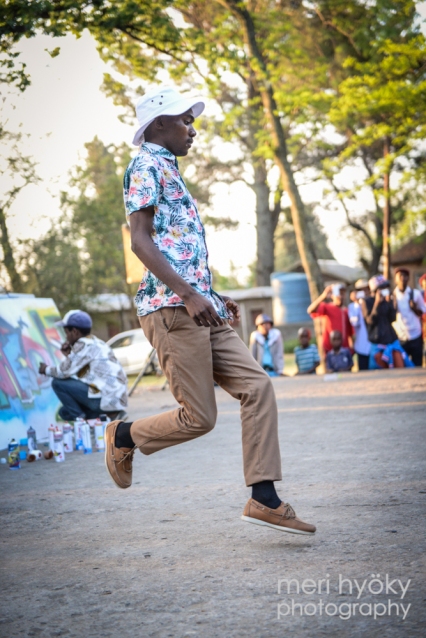 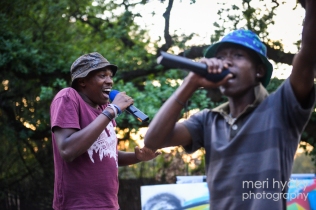 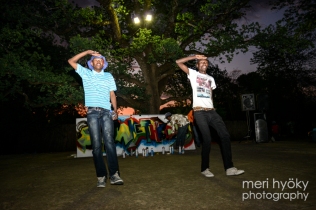